END_OF_DOCUMENT_TOKEN_TO_BE_REPLACED

I found the pandemic not very conducing to marketing or facing the world in more public ways. I did write a lot and have several books in various stages of readiness. But there was one story I wanted to enter into a competition (the books I’ve entered last year, God of Small Affairs, placed as a semi-finalist). So after sitting on Mirror Shards for almost a year, I’m finally releasing this book into the world. Here’s a description and if you click on the title above, you will get to the first few chapters hoasted on my site.

Trapped Between Infinite Possible Realities
Hig is a disabled kid with a loving mom, a baby sister, a distant father, and a doting uncle, Charlie. On a trip to a county fair, the family encounters a mysterious “Mirror of Wishes” booth that leads to radical, unexplained life changes, including Hig’s uncle’s abrupt disappearance and his mother’s untimely death. One of the changes is Hig’s miraculous cure—his congenital spina bifida is gone and he no longer needs a wheelchair. As Hig grows up, he continuously frets about what really happened but is too scared to actually look for answers to the mystery.

Years later, Hig takes his girlfriend Klaire to another county fair. They encounter the same booth and its proprietor, Mistress Kismet. A bizarre chain of events ensues, including Uncle Charlie’s return as a very different person. They discover that Mistress Kismet’s booth is a portal that has been altering people’s realities and fates for many decades.
When Hig’s younger sister disappears, he, Klaire, the woman who raised him after his mother died, and a friend chase the girl to a music festival where the visitors are being promised a transformational experience with visions of possible alternate realities. During a performance, Hig and his companions are all physically thrown into one of the possible parallel universes. It’s a very different place where Kismet is a religion, The Beatles released a Black Album, and Hig is again bound to a wheelchair. Yet in this version of reality, Hig’s mother lives.

As their time in a new reality lingers on, they risk becoming stuck there, unable to turn back, overwhelmed by cascading consequences of changing reality. Hig is desperate to return his own timestream or find a new one where they can all be together–before it’s too late.

But can any place Hig ends up ever feel like home? Does love span multiple timestreams? Does the portal offer a permanent answer to the question “What if I could have the life of my choosing?” Or is it a nightmare of neverending change?

I usually do my own covers for my stories, this time, it was hard to make a decision of which cover I liked more. So here are the two versions, I will let you discover which one I ultimately went with: 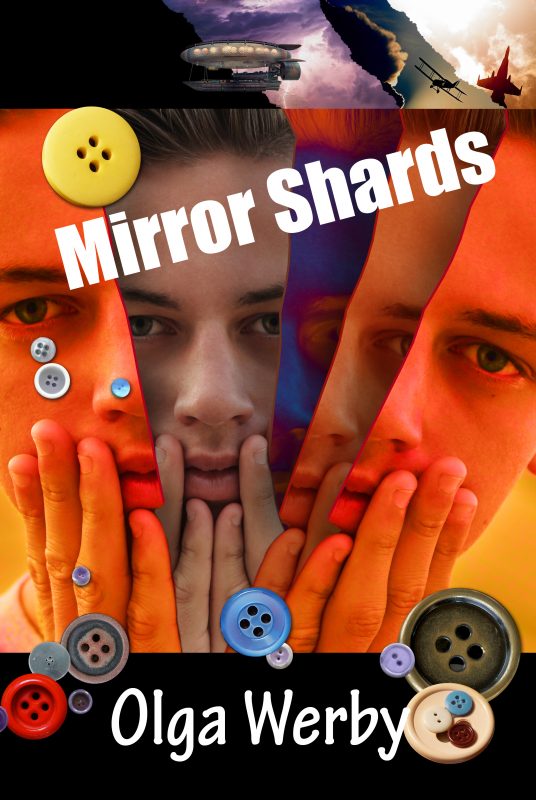 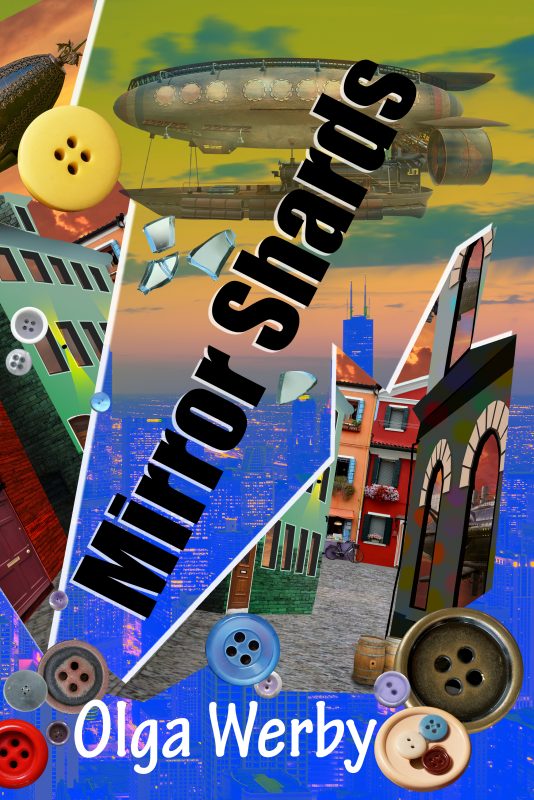 I hope you will grab a copy and enjoy it. If you do, please leave a few nice words on Amazon and Goodreads — this is the only marketing I’m doing this year (or any year, really). I think Mirror Shards — a story about trying to change one’s fate — is timely. Didn’t we all dream about it while being stuck inside for the last year?