END_OF_DOCUMENT_TOKEN_TO_BE_REPLACED

This May was the fortieth anniversary of my family’s arrival in America. We came as refugees. My husband and I celebrated this momentous event (this marks over two-thirds of my life here) by visiting the Tenement Museum in downtown New York City. 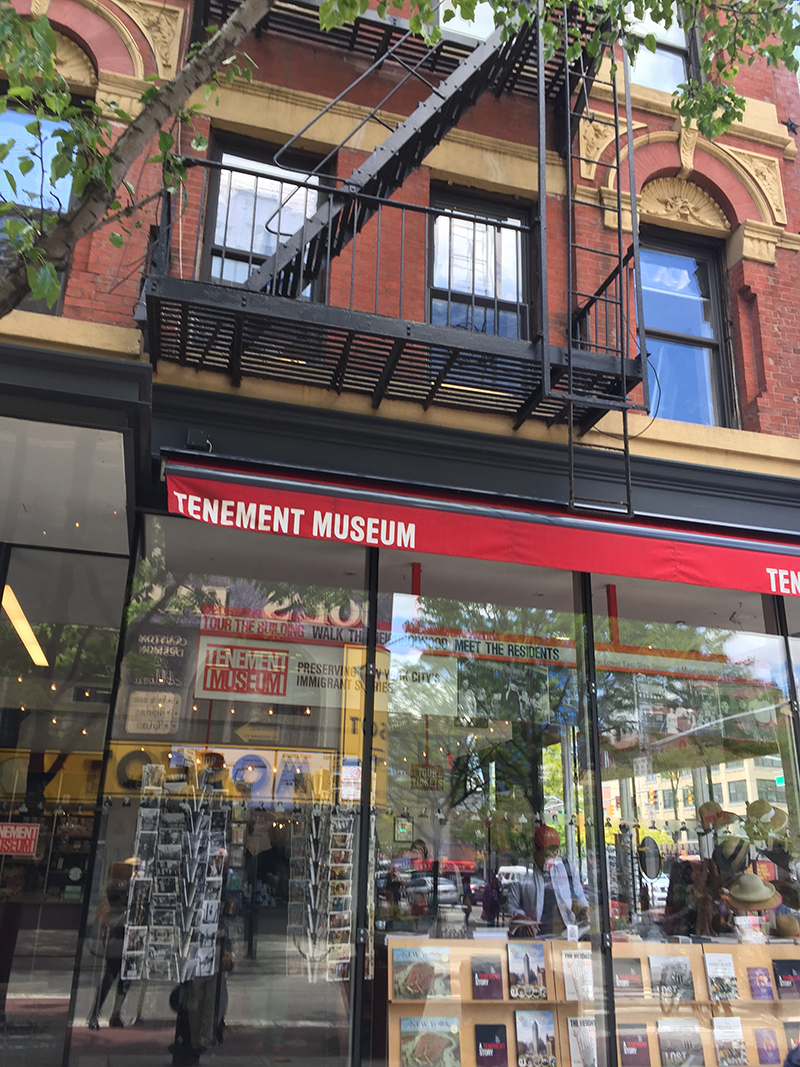 The biggest takeaway was the strong sense of “strangers in a strange land” mentality. People arrived not knowing the language or customs, not having a place to sleep or an ability to source work. It was scary. It took a very strong impetus to leave all that one knew and understood behind, to leave family and friends, to leave familiar food and places…to leave behind the mother tongue. (Did you know that the word “cow” is not under K in a dictionary? How are people supposed to find words when they don’t even start with the letter that they sound? Back then, I ended up drawing a cow in the middle of a sentence to finish my homework.)

Without a language in common, it is very difficult to forge social ties. It is the main reason people “bunch up” by their cultural heritage into neighborhoods like “Little Italy,” “China Town,” “Little Russia,” “Jewishberg,” “Japantown,” “La Pequeña Habana,” “Little Poland” — there are a lot of “Littles” in the neighborhood names — and other similarly named hoods that help expats find each other, buy familiar foods and spices, and relax in “first language” conversations. But the first time I tasted pastrami was here not back in my “home country”; it was in a nice Jewish deli in New York City. In fact, most “ethnic” delicacies were not available “back home” because there were food shortages (and Jewish-anything was not a thing). When we were passing through Vienna (a standard stop on the Jewish refugee road back then), we saw bananas! Prior to that, I think I only saw one green banana my whole life (it was an event!). And as my grandfather walked the streets of Vienna, liberated by Russian soldiers during WWII, he cursed at all its abundance — how could Austrians live better than those who died for them? It didn’t make any sense to him (he was a decorated WWII hero). The life he saw all around him felt crazy, and the Viennese saw a crazy old man. 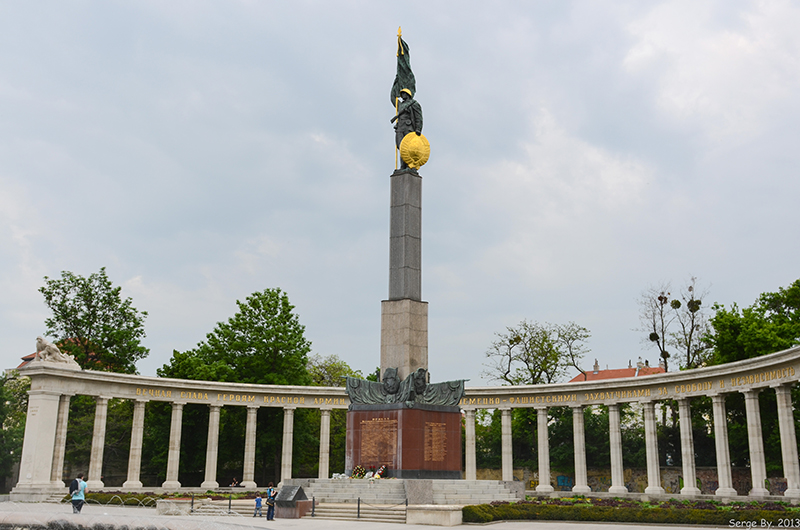 The strangeness always goes both ways — cultural confusion always does. As little as we knew about how things worked in America, the natives (Americans) knew almost nothing about us. The “tourists” who visited these little socially alien hoods in their midst, these tiny oases of foreign cultures, enjoyed the novelness of wares available for cheap and partook in “exotic” cuisines. And while some Americans treasured such opportunities, others were/are actively hostile. Some interactions can get ugly and even scary…because what you can’t easily understand feels disorienting and that can be misinterpreted as a threat. Most hostile negative interactions between the natives and the immigrants are about misunderstandings and lack of empathy. Human nature evolved to distrust strangers. Thus conflict.

Museums like the Tenement Museum are little windows on the past. They showcase comradery — people who would never have anything to do with each other back in their homelands, have become neighbors and friends out of necessity. Fate threw them together and tied a knot. The Tenement Museum’s exhibits reveal abject poverty and how strangers helped each other to socially climb to the next rung of success. Lots of intimate stories and artifacts help develop empathy. “That could have been me.” “That looks like my grandparents.” “My mother used to own that type of sewing machine.” By luck, my husband and I got a private tour — it was too early in the season for the hordes of the historically inquisitive; and being a weekend, there were no school groups. That made our experience even more intimate, personal…personalized.

After the tour, we proceeded to have our mandatory reward — a great pastrami sandwich from Katz Deli! 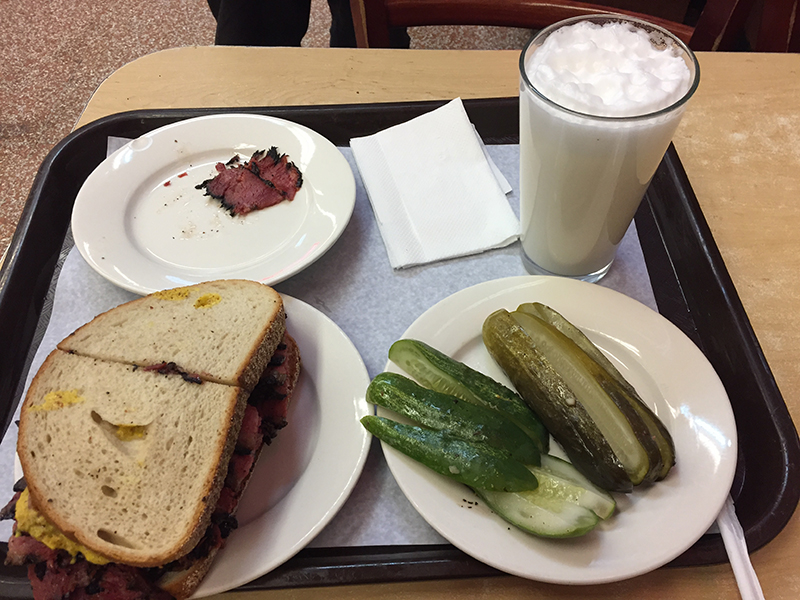 A Bit of News

Neil A. Hogan is an amazing editor and publisher of “Alien Dimensions” magazine. He is doing this as a labor of love, in the grand tradition of science fictions magazine in days of yore. And we, sci-fi writers from around the world, contribute every now and then. Neil has published three of my stories to date. A new one, “Titan Spores,” just came out in the Alien Dimension Science Fiction Short Stories Anthology Series #18! One of the joys of writing for Neil is that unlike my novels, I feel less inhibited to have my characters say “sh*t”. Ordinarily, I have to attest that my books have a PG-13 rating and I try to be extra careful. But with Neil, I feel like I’m writing for adults. It feels a bit…rebellious! And I’m in a company of some incredibly creative, insightful, and talented writers — plus, plus, plus! So please check it out! 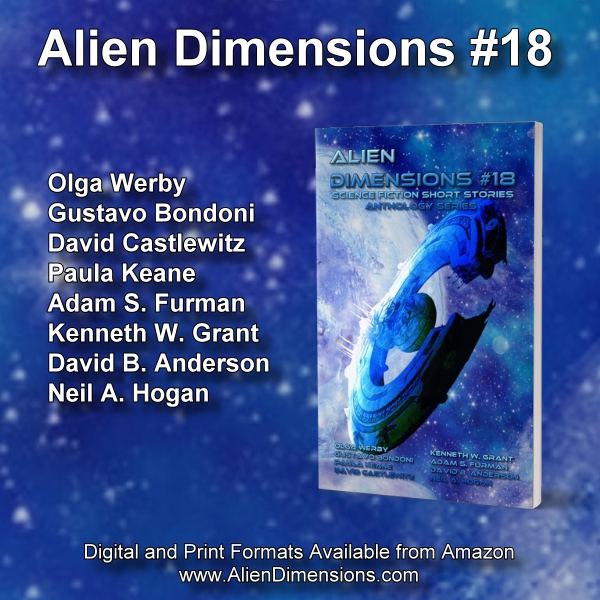 As a little bonus, here is the first short story of mine published by Alien Dimensions: Shifting Sands. This science ficiton magazine reserves the right of first publication for the first twelve months and then allows the authors to share their work with the world. So enjoy! 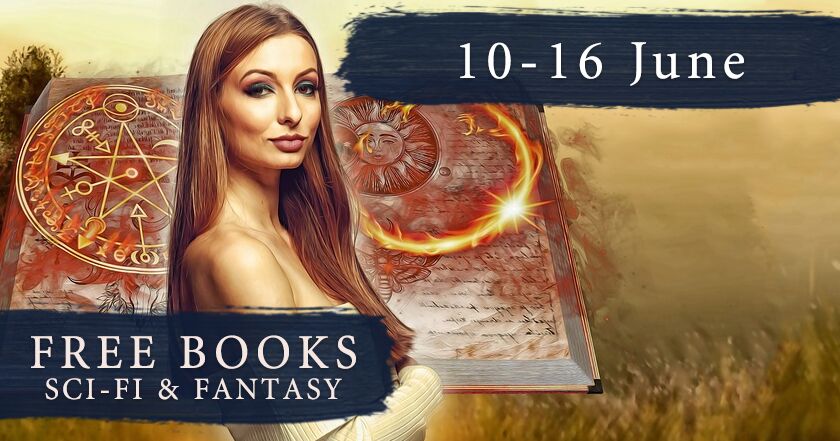 This is an incredible collection of free (only for a VERY short time) ebooks. My own latest — “Harvest” — is available free for the first time to a wide audience. So don’t lose your chance…