END_OF_DOCUMENT_TOKEN_TO_BE_REPLACED

Man-made Disasters in a Wake of Tsunami

This month, The Fukushima Nuclear Accident Independent Investigation Commission issued its final report on the disaster: It was man-made! Here’s a quote from the report:

What must be admitted — very painfully — is that this was a disaster “Made in Japan.” Its fundamental causes are to be found in the ingrained conventions of Japanese culture: our reflexive obedience; our reluctance to question authority; our devotion to ‘sticking with the program”; our groupism; and our insularity.

Had other Japanese been in the shoes of those who bear responsibility for this accident, the result may well have been the same. 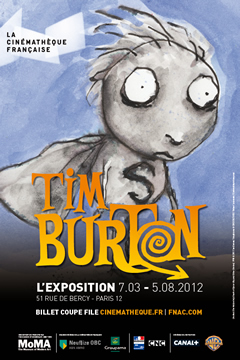 We just got back from seeing a Tim Burton exhibit at the La Cinémathèque, in Paris. The content of the exhibit, as one could imagine, is quite wonderful. But there were many, many human failures in making the visit an enjoyable experience. And yes, these failures were “Made in France”.

We got to La Cinémathèque in the early afternoon, it was raining. There are two main entrances to the museum: one for people who bought e-tickets and the other for everyone else. (E-tickets would have been hard to get for those with limited French.) There were 4 people working the ticket booth across a large, room-wide desk. Only ONE was allowed to process tickets for Tim Burton Exhibit! The people waited for those tickets in a line of over 100 long, standing in a pouring rain. The other cashiers were just watching them — there was no one in their lines! At no time was anyone trying to help the process along by creating multiple places to buy tickets for the Tim Burton Exhibit. This was all done by computers — there was no problem to sell tickets, just an extreme unwillingness to do anything outside of the mandate!

Once it was out turn to purchase the tickets, the young woman had trouble believing that my sons were students… Really? Do I really had to bring passports to a museum exhibit? Why were student IDs not good enough?

The show itself was laid out in such a way as to maximize congestion! It was very difficult to get see the artifacts shown — the drawings and writings were placed right next to a video screens showing the early works of Tim Burton. The large crowds jostling for a position to see the 20 minute video made it impossible to get to the exhibits on either side of the small screen. This was not an isolated incident, this was the whole show. The exhibit was designed to be viewed by one or two people at a time! But there were hordes of visitors, and the museum actively encouraged (by price reduction) for people to come in consume, creating farther viewing obstructions.

So where’s the failure? The failure is in the mind set of French museum administrators. Why do I say “French” as opposed to “La Cinémathèque”? Because the problem with lack of basic customer service is across most museums. It is endemic. The guards working in Paris museums see it as their business to enforce the “laws” of the museum, and not to facilitate a safe and enjoyable visit (I was told that the knowledge of the exhibit’s subject area was not a requirement of the museum job.). The people who work the information desks and ticketing booths do their jobs with no consideration of context (i.e. rain, crowds, sickness, groups, disabilities, etc.). Everyone is treated the “same” — that is no one is treated well.

Let me give another example from a few years ago (for a complete write up please visit Cultural Differences Class page and read my students’ field notes). My students and I were doing observations at a special dinosaur exhibit at the Museum of Natural History in Paris, “In the Shadow if Dinosaurs”. At one point, a grandmother was running around the exhibit halls crying and looking for her little grandchild. She asked a guard for help. He told her that it was not his job! I’m sure that what he said was true — looking for lost children and helping little old ladies was not part of his written job description. But honestly!

Some years ago, it was explained to me the root cause of this strange (to an American) lack of customer service: Liberté, égalité, fraternité, French for “Liberty, equality, fraternity (brotherhood)”, the national motto of France. A cashier in a supermarket wouldn’t dream of helping a customer pack the bags (and the French customer wouldn’t dream of asking) — égalité! To help would “reduce the supermarket worker to a slave”, as I was told. But customer service is by definition about “service”! While in U.S. we see service as a form of help, in France it is seen as servitude, a way of lowering one person against another in a social context. This is a classic Cultural Mental Model Trap.

I want to point out that while my experiences with customer service in museums, corporations, and stores have been fairly uniform, they are still anecdotal. And while clerks and administrative staff tend to exhibit these problems, museum scientist and owners do not. And there are always exceptions!

I think when tourists talk about “rude” French, the are talking about the staff at large touristy restaurants, museums, and government officials — individuals with “skin the game”, so to speak. When a person owns the store or a restaurant, they have made an investment that requires them to maintain high customer service — they operate under a different mind set. Just as in the Japan example, it’s not about individual failures, but rather about the culture induced failures. And to work those out a system requires a lot more work.

The Official Report of The Fukushima Nuclear Accident Independent Investigation Commission, Published by “The National Diet of Japan”, 2012.