END_OF_DOCUMENT_TOKEN_TO_BE_REPLACED

COVID had us all isolated from one another, the West Coast fire hellscape has us locked-in — can’t even open a window. Instead of fog, the foghorns sing for the smoke swirling around the Bay Area and around the Golden Gate Bridge. Between the politics, pandemic, and fires, it’s easy to get stuck in negative emotions and thoughts. The other night, I was in full panic mode when I realized that there was nowhere I could turn to get a breath of fresh air…not for hundreds of miles! Below is the view from our window last Wednesday, when the skies turned red-brown and ash fell from the sky like rain. 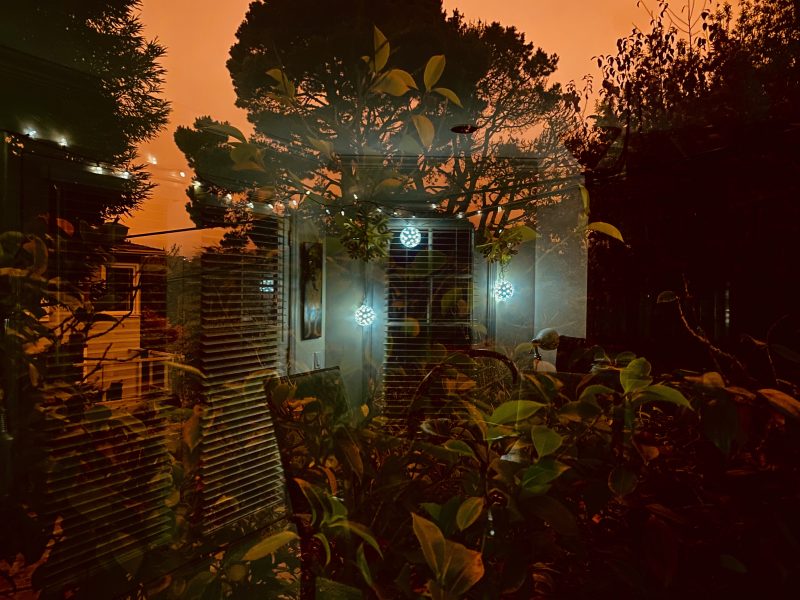 I imagine that lots of people find it difficult to cope. But history teaches us that we are not the first (or the last) to enjoy a little sojourn into hell. History is full of unspeakable horrors, and what we need to remember is that we live in the times when horror is more of an exception than a rule (at least in America, at least for the majority). That’s why we are so freaked by horror, it feels like a novelty. The ancient curse of “may you live in interesting times” really rings true for me, for it has been far too interesting now for far too long. I prefer boring — I can get more writing done that way. I can even get more reading done when I don’t feel like I have to constantly check on the news to make sure I don’t miss something. Some writers say they are a-political. I’m not. Stories are the reflections of our times. If not in books, then where else do we find parallels to our existence? Where do we turn to learn how to survive if not into stories? Movies or books or games, it doesn’t matter the medium (although I prefer prose because it is richer than any other form of storytelling).

These past months, I find myself writing a book for middle grades: Lord Nox. (It used to be Lord Night, but things are still in flux.) It is a story of an orphan and her magical godparent. He is a demon. This pandemic will make lots of orphans, I wanted to make a story for them. You can check out a little recording I did of the first chapter, although I don’t think I have a reading voice even for middle grades.

For the last two weeks, I’ve been running a virtual book tour for “Twin Time” — a time loop story about a child that experiences the world differently depending on when she is. In present-day California, she is severely autistic; 100 years back in time in rural Russia, she is something else… In some ways, it is a story of many different kinds of love, and how love can make you better…or worse of a person than you really are or meant to be. Ideally, people who love you allow you to become the best version of yourself, but not all relationships are ideal. Some are soul-destroying. I wrote this book with my partner and co-writer, Christopher, and we based the backstory (the life in Russia after the 1917 revolution) on an interview we recorded with my grandmother before she died. She had always been very guarded about the past — “the walls have ears and some things are better left in the depth of history where they can’t hurt anyone.” But for those few hours, she talked. She talked about growing up in a big house with “girls in waiting” attending to her; she described the night her family had to run or be killed; she remembered finding her mother at a train station blind from hunger. She lived to be ninety, but she never got over what happened to her as a girl. It’s like she took those memories of her life “before” and hid them away. It was her way of finding how to survive the unspeakable.

I’ve learned a few things based on the research we’ve done after that interview. In May of 1927, British police made a bust of a Soviet trade delegation in London. Under the cover of diplomatic immunity, the All Russian Co-operative Society was spying on the British, stealing some top-secret documents. For this, the men of ARCOS were expelled and diplomatic relations between the nations were dissolved for several years. The Soviets had to retaliate, of course. Shortly afterward, they rounded up all British citizens living in Moscow and shot them. Based on some of the things my grandmother said, I believe that was my family — my grandmother’s father was a British citizen. Fortunately, my grandmother and her mother survived. Unfortunately, my grandmother had a very un-Russian last name (we have no idea if it was Lee or Leigh or Li or some variation there off — the spelling in Russian is all the same). To run from the authorities, my grandmother married an officer in a Soviet army and gained a very ordinary last name. She never talked about her family. Ever! What I learned about her past I learned when we did that interview in her late 80’s in the safety of my living room. And even then, she kept telling us that walls had ears and some things are just best forgotten, best left unsaid. Below is a portrait of my grandmother from the nineteen-thirties. 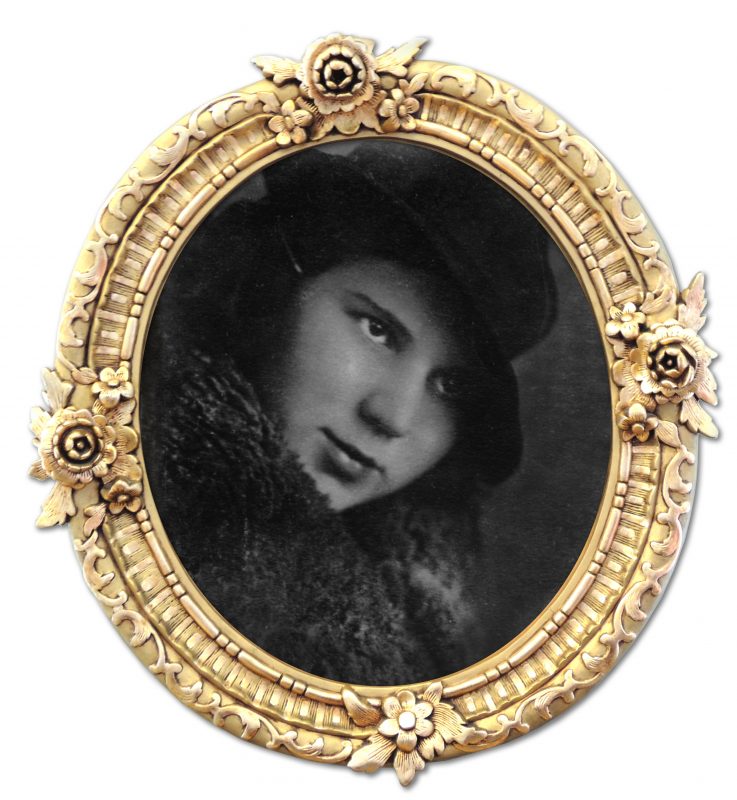 For those who are interested in learning more about the ARCOS affair, please visit the Wikipedia.

You can see some of the visual research that went into this story on a special Pinterest page set up for this book.

For this story, I’ve also created a book trailer:

“Twin Time” got an honorable mention in the San Francisco Book Festival. And this book received a 5-star review from Readers’ Favorite.

I’m also contributing “Twin Time” to a Fall Fantasy Giveaway for the whole month. Not only do you get my book, but all those others! Get them all! Read them all! Please leave reviews — it’s the indie author currency.

Thank you for reading!