END_OF_DOCUMENT_TOKEN_TO_BE_REPLACED

The Color of the Redhead Festival…

An annual festival of redheads has been taking place in Breda, Holland, was held on 3 September of this year. Almost 2000 red heads from 52 countries gathered together to share and revel in their DNA, BBC corresponded Tim Allman reported. 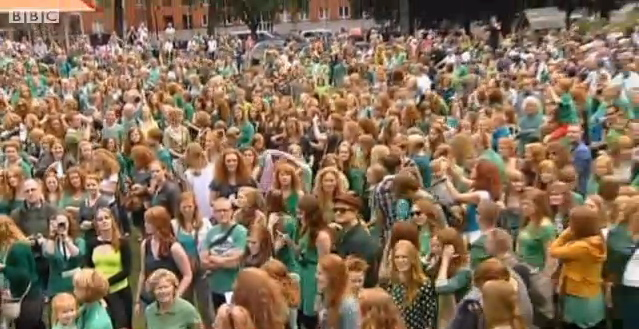 In the sea of red, what stands out is a clear preference for color green.

Somehow, the color green become the unofficial uniform of the red-headed. It’s not like they all thought: “I think everyone will be wearing green, so should I.” More likely, redheads believe they look better in green. But when every one in the group shows up in green, it strengthen the bond.

Check out this crowd shot of the republican convention. 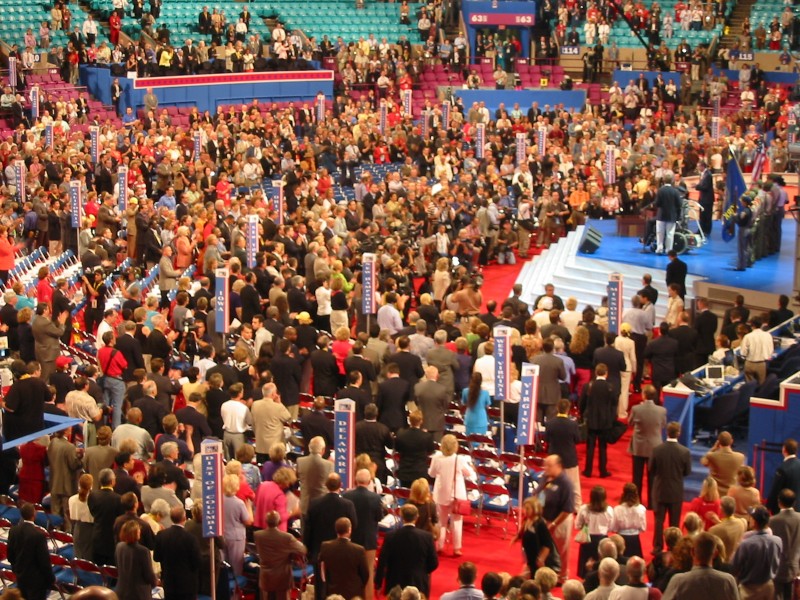 Notice any color that stands out? How about at the democratic convention? 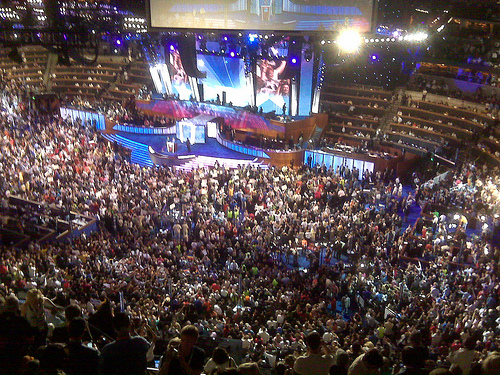 And here’s a lighting scheme for the democratic convention: 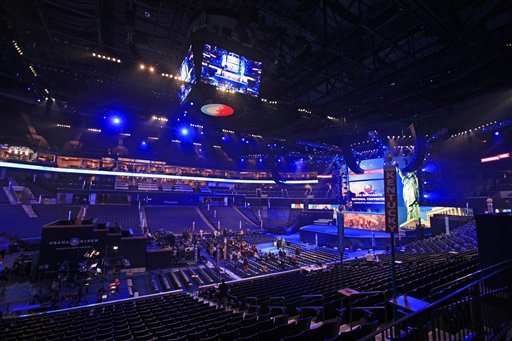 The convention organizers used color as a reenforcement of political unity for the delegates at both conventions.

There are certain professions that signal group membership with color: white used to be the preference for doctors and scientists working at a lab; green or blue uniforms quickly evoked military affiliation; orange was the goto color for clowns.

When I was just a baby, all doctors and nurses wore white. At six months, I ended up needing a prolonged hospital stay. It took years before I learned not to cry at the color white — I managed to develop quite strong associations between white and pain. Now, pediatric doctors and nurses wear fun colorful uniforms — there is no one color that is the source of pain…

Colors are frequently used to create an “us versus them” groupings. Sports teams, school uniforms, military uniforms, and gang dress codes, all focus on using color to signal political, professional, and social group membership. 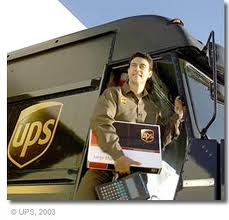 When UPS worked on their logo redesign a few years back, one of the primary concerns was getting the color brown just right! The UPS brown is trademarked — no other delivery company can use brown uniforms, as it might cause confusion among the customers.

And so here we are, back at the redhead convention… 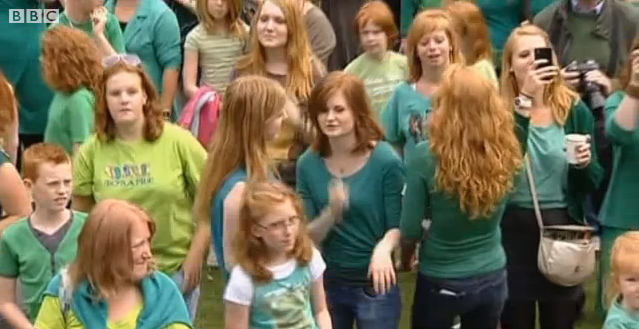 These redheads chose their own uniform color, and it helps bind their group together.

Personal Note: I live with two redheads, and they both have a strong green preference for clothing.