END_OF_DOCUMENT_TOKEN_TO_BE_REPLACED

American Academy of Pediatrics (AAP) came out with a strong recommendation against the use of bumpers in cribs. The September 2007 issue of The Journal of Pediatrics examined deaths and injuries attributed to infant crib bumper pads: “Twenty-seven accidental deaths reported by medical examiners or coroners were attributed to bumper pads. The mechanism of death included suffocation and strangulation by bumper ties. Twenty-five nonfatal injuries were identified, and most consisted of minor contusions. All retail bumpers had hazardous properties.” AAP has finally announced that it is formally against bumpers.

That certainly took a while. And, amazingly, the bumper pads are still for sale by all major baby room outfitters, and parents are still buying them and using them with their beloved offspring. Why? Why would parents knowingly endanger their children? This is an interesting case of Mental Model Traps, Mirroring Errors, and Cognitive Blindness. 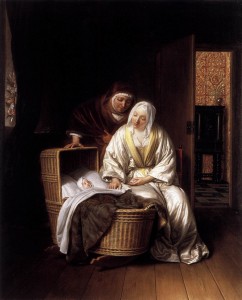 Let’s start by Mental Model Traps that parents fall into in this particular case. To do this, we need to back up in time a bit.

The design of children’s beds had undergone considerable evolution over the last few centuries. Cribs used to be just large baskets with tightly woven sides. The weave didn’t allow baby’s arms and legs to stick out or get stuck between individual strands, and parents didn’t have to worry that they might accidently break or bruise the baby by bumping into the basket. This is a very practical design that is even used today for the very young infants and sold at a high-end baby stores (we call it wicker, now). 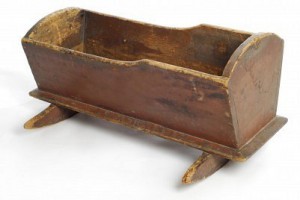 Similarly, cribs made out of a single, hallowed-out log or closely interlocking planks didn’t pose a limb problem. Babies didn’t have any “holes” to stick anything through.

The cribs, in the way that we imagine them today with vertical slots on the sides, are relatively new. But even these modern cribs have undergone a lot of redesign in the past few years. 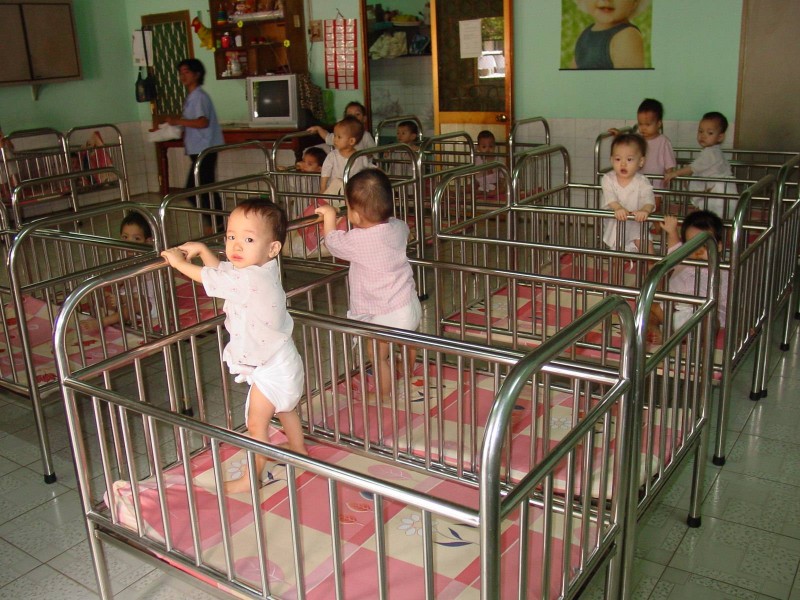 A few decades ago, the vertical railings were very far apart, and limb containment was one of the main reasons that bumpers were included in crib bedding design. Today, the space between slots is mandated by law and is set to 2.5 inches — close enough to keep everything in, but far apart enough to see through and allow lots of air circulation.

One of the driving force behind the redesigns is the Consumer Product Safety Commission (CPSC). This is an independent agency created by the United States Government in 1972 via Consumer Product Safety Act. The job of the agency is to consider consumer reports, test products for safety, identify dangerous products, and make recommendations on safety. CPSC also creates guideline for safety standards. If a company creates a product that fails to comply with those guidelines and there’s an accident, the company will stand lose a lot of money in civil damages and may be charged with criminal negligence. CPSC has a lot of power to shape the design of every day products.

As a corollary, we trust CPSC and assume that if a product is out in the marketplace, it must have passed the CPSC safety standards. We trust that dangerous products wouldn’t be sold to us, and especially to our children. While some may question this trust, I would say that it would be very difficult to live our lives if we didn’t have such trust in the products we consume. There’s simply not enough time or energy to do personal research about every item we buy. When we go to the store, we hope that someone has done this work for us.

And this the first Mental Model Trap: we trust in the product we buy to not kill us or our children, because we assume the “government” wouldn’t allow the sale/production of items that could/would kill us.

But that’s not all. Safety is an ever moving target. What we considered safe yesterday horrifies us with dangers today. So the same cribs we loved when we were babies are now too dangerous to bed our own children. The target moved.

Way, way back, parents slept with their children. There were no “cribs.” The infants were kept close to parents bodies for both warmth and soft comfort. Now, babies don’t only get their own beds, they also tend to sleep in separate rooms (at least in American households). Over the years, the babies mattresses got harder and harder. The pillows got pulled out all together. There were strong admonitions against the use of blankets. And toys were too dangerous to be kept in the crib. 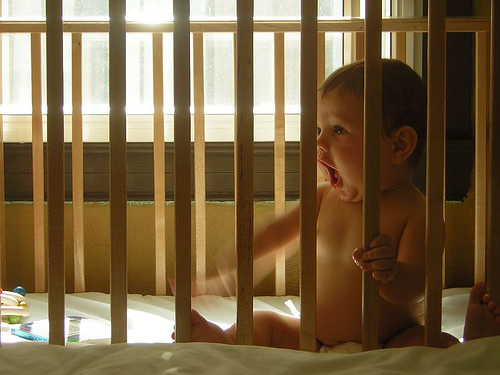 How would you like to sleep all alone? Without pillows? Without blankets? Without even the comfort of a teddy bear or a bunny? Lonely. Cold. Uncomfortable. Unloved. We project how we would feel in the baby’s stead, and we don’t like it. We want to surround the baby with all of the comforts we can think of. Unfortunately, due to undeveloped motor abilities, those comforts seem to be killing the kids.

Yet, it is still difficult to let go of how we would feel in their place. This is a typical Mirroring Error. And thus the baby stores do brisk business in comfort items. 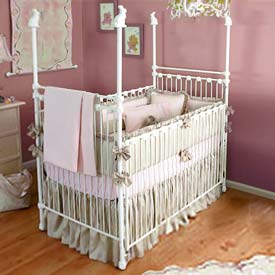 Baby furniture stores use the emotional reaction of consumers to push items that are not only unnecessary, but dangerous. There are ribbons and pillows, blankets and bed skirts, bows and curtains, bumpers and bunnies. All are potential hazards and all are sought after by new and perspective parents. As these parents imagine themselves in place of a baby — normal empathic reaction — they buy the items that they feel would make them comfortable (Mirroring Errors). They do this and yet they know about the suffocation warnings. They are blinded to the danger in their need to create a comfortable nest for their offspring.

And modern parents are not alone. Here’s a crib made out of gold and precious stones from the 18th century Ottoman Empire: 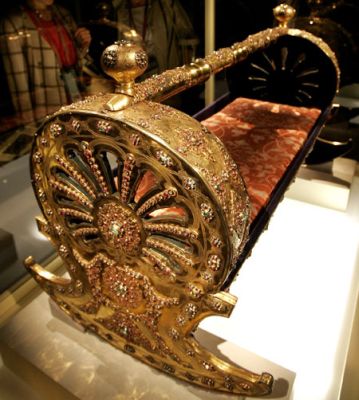 Those parents suffered Cognitive Blindness, too. But what they craved was different.