END_OF_DOCUMENT_TOKEN_TO_BE_REPLACED

It’s All About Context

Consider the following scenario: you are going shopping at Good Will. You see a brand new coffee maker for $10. “Oh My God,” you say, “that’s incredibly expensive!” You don’t buy it. You go to Starbucks and see the exact same coffee maker on sale for $120. You get it—how can you pass up such a bargain? In a different setting, the perception of price of the coffee maker resolves as cheap even as the actual price is higher. Why? Why do we care about the context in which the product is sold as opposed to some other intrinsic characteristic? 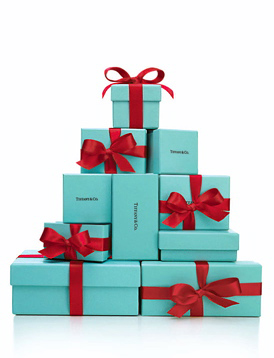 There are people who buy empty Tiffany’s blue boxes and cases. Why? So they can place jewelry and other gift items in there. The mere fact of being inside a blue box makes those object more valuable—they work harder. Again, the perceived value it’s not just in the intrinsic characteristic of an object in a box, but rather in the combination of the two: the product and its context.

If a gift-giver tells you that the present you’re getting was purchased at a garage sale, you will have a very different attitude towards the object than if you were told it was bought at an antique shop. The provenance of the product matters. It is its context.

Humans are very good at making snap judgments—it’s a skill that kept us safe from predators out in the Savanna. Translated up into present time, we use the same cognitive skill to sort our world into categories: this is valuable and this is not; this is good and this isn’t; this is fun while that is boring. To combat some of the resulting diagnostic errors, we even have a saying: “Don’t judge the book by its cover.” Except we always do, and overcoming that first snap judgement impression is very difficult.

When you feel more comfortable buying a coffee maker from Starbucks than at a Good Will store, you are not really dealing with rational thoughts. It’s mostly about emotions. It’s true that there are considerations like the ability to return the coffee maker and a manufacturer’s warranty. But all thing being equal, you would still feel a large differential between what is too expensive at Good Will and what is too expensive at a boutique shop. A twenty dollar a plate dinner can be expensive or a bargain depending on a restaurant, even if the food tastes the same.

There was a study conducted by the California Institute of Technology to test American consumers of wine on their ability to taste a “good one” (Svitil, 2008). It was determined that except for a very small minority, people could not tell a good wine from bad by just tasting it. But if an individual knew that the price was high, the wine tasted better! Again, the context changed the perception of quality. Between emotion and intellect, emotion wins every time!

So the context in which the product is experienced influences emotion, which in turn influences judgement of worth and quality.

Bad packaging creates bad feelings, which make the user diagnose the product as inferior. Bad manners create a bad impression, which contributes to negative feelings towards the product, categorizing it as inferior.

Take a piece of software with a certain failure rate and create one version with polite error messages (using please and thank you’s) and another with the typical cryptic techno-talk error messages. The polite software twin will win the heart of the user every time. The context of the tone of the error message changes the emotional disposition of the user to the product, thus changing the perception of “goodness” (Werby, 2008).

Stores know about the context phenomenon. Low-end shopping centers use bright, white lights to highlight the cleanliness of the inventory. These stores are trying to use context surrounding their products to emphasis quality (but at a low price). Good Will stores are always well-lit. Boutiques, on the other hand, lower their lights, going for a more moody, dramatic look. These stores are using context to seduce the shoppers.

So product designers not only have to design a great product. We also have to know the context in which these products will be experienced by their users. The context has to be part of the design.