END_OF_DOCUMENT_TOKEN_TO_BE_REPLACED

Good looks are an advantage to any woman, man or child (and maybe even animal) in this world. Research tells us that babies will look longer at a good looking parent, and the “good looking” babies receive the same preferential treatment. The University of Alberta put together a research team to carry out a study in a supermarket to see if parents gave more attention to their more attractive children. Team leader, Dr Andrew Harrell, says that just as other animals do, “…we tend to parcel out our resources on the basis of value.”

Debrahlee Lorenzana, a single mother of 33, was fired from Citibank in August for “looking too sexy”, she claims. According to her lawyer, the shape of her figure made the clothing she chose to wear too distracting for the males in her workplace. Lorenzana wasn’t like other women who chose to come to work in low-cut tops and tight pants, but because of her hourglass figure, any well tailored clothing she wore was “too distracting”. 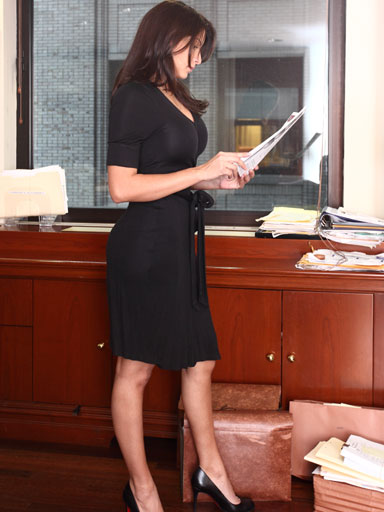 This specific case is interesting because normally the attractive people get better treatment and evaluations at work. From good looking professors getting great evaluations from students to taller and thinner people in the workplace getting better salaries, there are a number of studies that seem to prove these theories. Men sometimes avoid hiring good looking women because they don’t want to be “tempted”, and Dowd even refers to a male friend who advised her against hiring an attractive female researcher because it would be too distracting to work with someone so good looking.

Lorenzana and other attractive women might be gifted with good looks, but this comes with a price. It takes three times the amount of effort to prove that she achieved her job and benefits through sacrifice and hard work, and not some preferential treatment.

“My life has been hard my whole entire life. People have the misconception that, ‘Oh you do well in your life because of your looks.’ No, I am harassed.”

Conceptual Design: The fact that it has been proven that people and animals respond better to more attractive individuals shows a biological reaction beyond our conscious control. If the natural instinct is to act in response to the stimulus of an attractive face then where does that instinct stop. As in the case of Debrahlee Lorenzana, past a certain point, this natural urge we have can become tainted by other factors:- jealousy, greed, lust, longing. While these are also natural urges, they serve to taint something pure and basic – a mother’s love, an animal’s instinct, a child’s preference without external bias or personal issues.

We as people are fascinated with “attractive” things, whether that’s a product, concept or design. It makes sense that attractive people elicit the same reaction. If an attractive person means they are or appear to be more trustworthy, more genuine or more reliable to members of society, then marketers need to utilize this fact in delivering either bad or difficult news, a new product that requires confirmation of quality or legitimacy, so that the response is more positive.

From the point of view of the external factors that have an effect on this basic instinct, as with Lorenzana, the fact that stereotypes such as these can lead people to believe that attractive individuals have not achieved anything on their own merit, but because of bias, could be potentially exploitable. If an attractive woman (or man) represents lack of intelligence, drive, motivation, or achievement then what is to stop them using this skill to surprise unsuspecting people. Realistically, in society today because of media content and media exposure women who are judged publicly are judged from the point of view of wannabe model or beauty queen, rather than their actual role in the workplace (in this case, bank worker). And this works both ways. The women who aren’t considered attractive are stereotyped as well, as jealous, bitter, angry and resentful. As Lorenzana’s lawyer stated, her coworkers ‘general unattractiveness rendered moot their sartorial choices.’ Shocking statement, and poor co-workers. Rudeness and derogatory statements aside, this case is very difficult to formulate an opinion about, both sides’ arguments are ambiguous and can be interpreted differently. While it’s important that women not feel discriminated in the work environment, because of dress sense, body type or way of acting, having seen pictures of Lorenzana and her style of dress I believe that every woman is aware of her body and sexuality, and while she didn’t wear short skirts or low tops, she definitely dressed in a way to draw attention to herself, whether consciously or not.  If you value your job and understand the power of being attractive, then you must find a place to draw the line. Constant complaints about dress sense mean that something is making people uncomfortable, and the choice is to sit and fight about an extra size up or down OR realize that you have a certain pull over people, and because of your dress sense you are unable to utilize that to further your career, as people cannot see past it.

Interaction Design: Marketers would have to find a way to market their product with emphasis on personal interaction. While this concept would work in already existing careers, such as lawyer, policeman or other job that is considered typically a “male” job for attractive women, men would need to find the equivalent career opportunity in order to exploit this predisposition. Women can work in jobs considered typically “male” because of job requirements, skills needed and as mentioned, already existing stereotypes, and have an advantage over the client because they expect a different, less competent or controlled reaction in the face of an attractive woman who, by default, should be less capable because of her looks. The same could apply with men who work jobs that are considered typically “unattractive” jobs, like bank worker, accountant or maybe a ‘manny’. If an attractive man does these jobs, the response from potential customers might differ – they might trust him more, rely on his opinion or feel better about doing business with him. In this case, the product would really be the person – representing a service.